I recently had a free weekend and the sudden urge to make pastry. For the first time. Thanks to Ottolenghi’s cookbook, I had a rough puff pastry recipe and the encouragement that it “isn’t so difficult.” (Thankfully, I hadn’t noticed the slightly less encouraging statement at the start of book: “Cakes and pastries can sometimes go horribly wrong, they are almost impossible to resurrect and they do take time to prepare.”) So I dove in.

Weighing out the dry ingredients

Never thought I’d have a reason to freeze butter! The frozen butter is grated and then mixed gently into a dough. 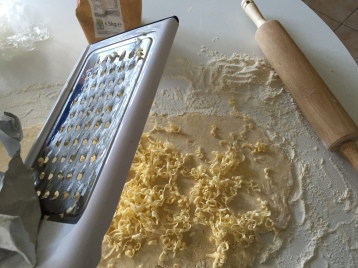 The dough is rolled out, and more butter is grated to form layers of dough and butter. 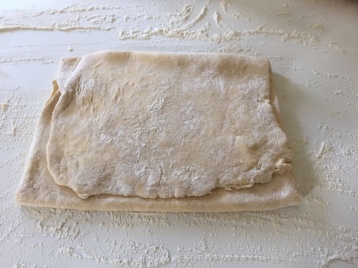 The dough is carefully folded around the butter. Still looking pretty rough here. 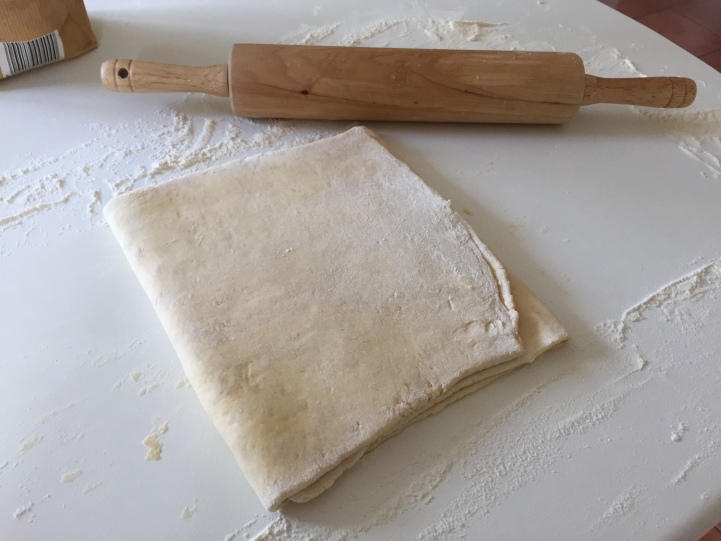 Final turn! After a series of rolling out, folding, and chilling, the dough is ready for a final rest before being used.

I rolled out half the pastry dough (the other half was saved for other pastries), cut it into strips, and twisted it into straws. They got a sprinkling of cheddar and caraway seeds before going into the oven. 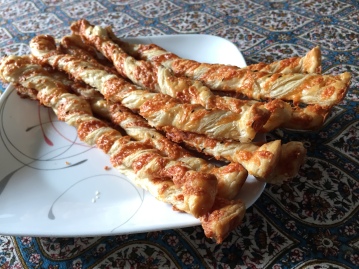 The final product, hot out of the oven and ready to eat!

It was a time-consuming process, but by the end I was thrilled with what I had done. I used half the puff pastry to make Ottolenghi’s cheddar and caraway cheese straws, which were delicious. (The trick is to eat at least half a dozen without contemplating how much butter went into them!) And at the end of the day, I still had the other half of the puff pastry and complete freedom to decide what to do with it. 🙂