In my German class today, we talked about fairy tales. Our teacher brought up the story of „Rotkäppchen” (“Little Red Riding Hood”). After helping us describe the characters and the story, she asked us if we have the same story in our native languages. Everyone did, so we each wrote the title on the board—in a total of 15 different languages! 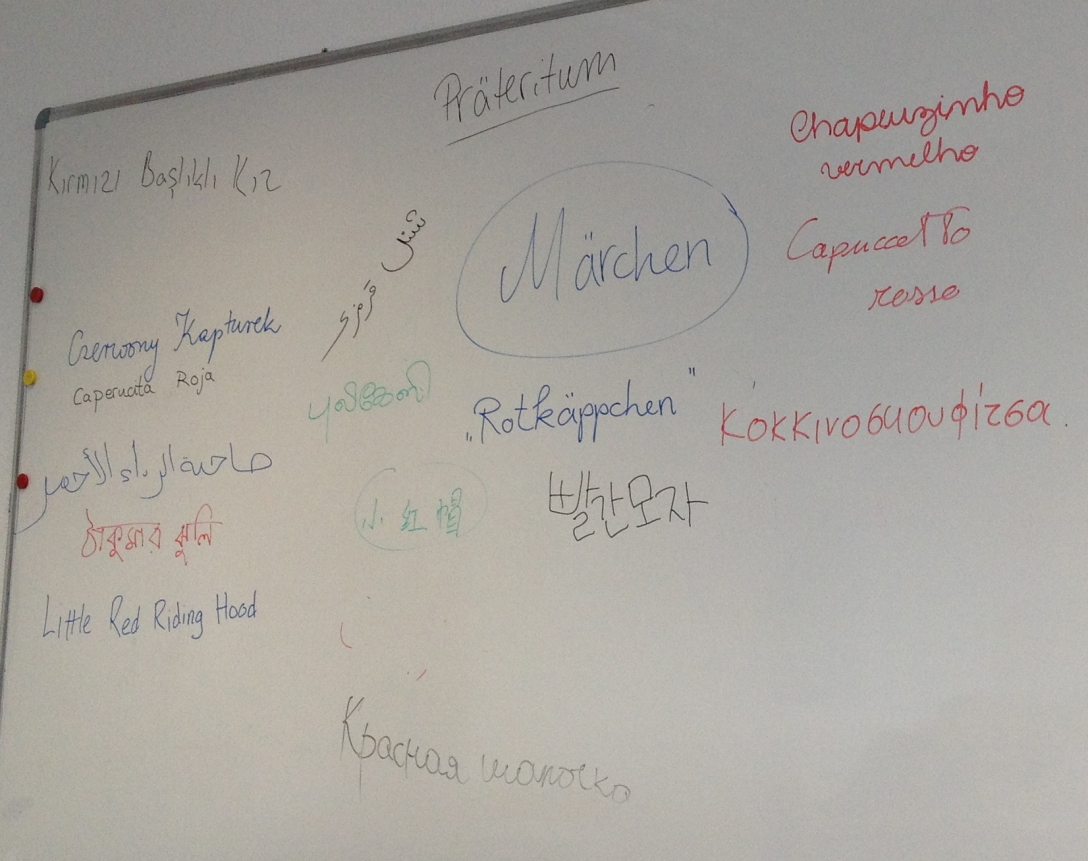 It was so cool to see a visual representation of all the languages spoken in our class: English, Spanish, Italian, Portuguese, Greek, Korean, Chinese, Russian, Polish, Arabic, Farsi, Tamil, Bengali, Turkish, and of course German. During one of the breaks today, a Polish student practiced speaking Korean with a student from South Korea. I haven’t tried out any Farsi with the Iranian student, but during the last module I did get a chance to speak a little Catalan with a student from just outside of Barcelona.

Even though I enjoy learning about and experiencing traditional German culture, I appreciate seeing the diversity of the people living here. Some of the students in my class are only visiting, but others (including me) plan to stay here for the foreseeable future. It’s nice to be reminded that the U.S. isn’t the only country of immigrants!